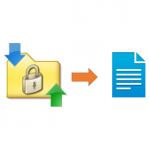 We also learn how to get and set variables and how to use it in SSIS Script Task and Secure FTP Task.

Many people still have confusion over various protocols around FTP terminology. Most common terms you hear are as below.

You must be overwhelmed by now? So are they all same or different? See below for quick clarification in nutshell.

Mainly there are 2 protocols for FTP and yes they are very different but still used to do Files Transfer to/from the remote server.

In order to start, we will show several examples. ZappySys includes an SSIS – Secure FTP Task that will help you Download Latest File From FTP/SFTP, get file list in ADO.net DataTable variable and do many more actions using SSIS Script Task.

In this example, we will show 3 examples. 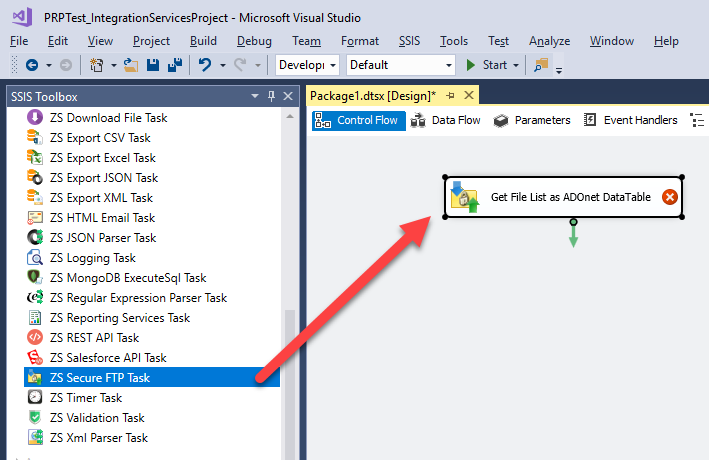 2. Now Edit the FTP Task from the package design panel to Connect with your FTP/SFTP. Follow the steps mentioned in the below screen. 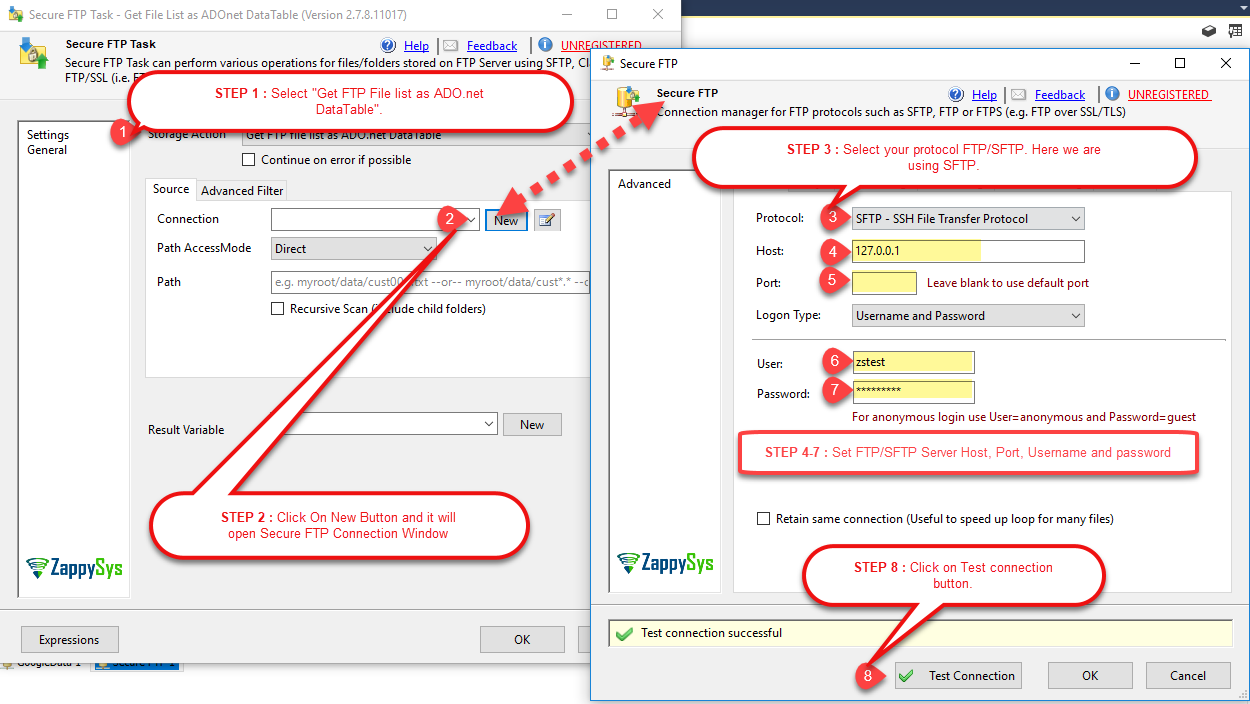 3. After successfully connected with FTP/SFTP we have to enter FTP path from where we have to get the file list and set it into result variable. 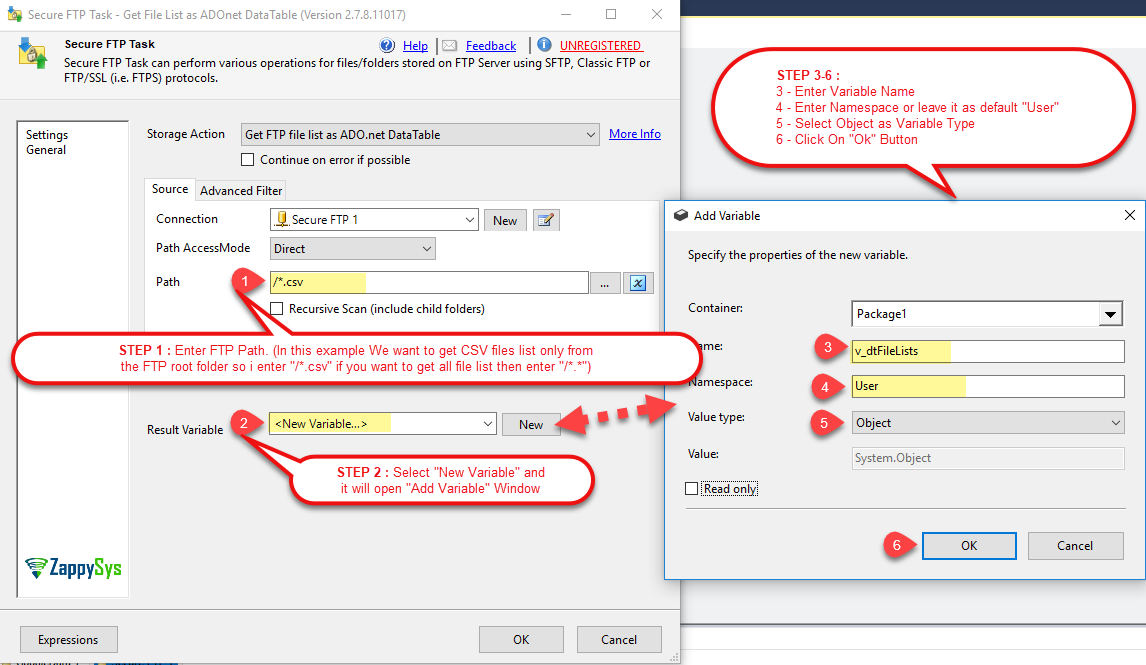 Get Latest file list from FTP to ADO.net table in a variable 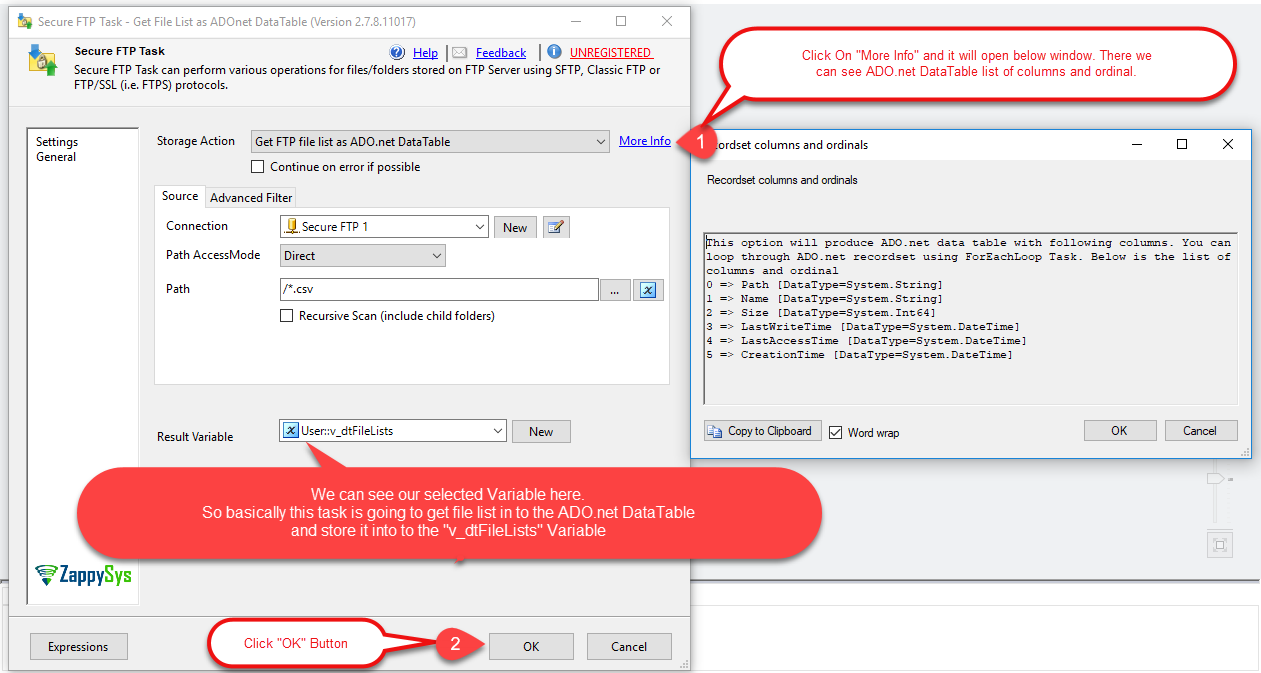 5. That’s it we have successfully completed our first task. Let’s move on next step.

1. Drag and drop SSIS Script Task the design panel and link it with the ZS SFTP Task.

2. Before proceeding with Script Task let’s add one new SSIS variables first that will store the Latest FTP File Path. 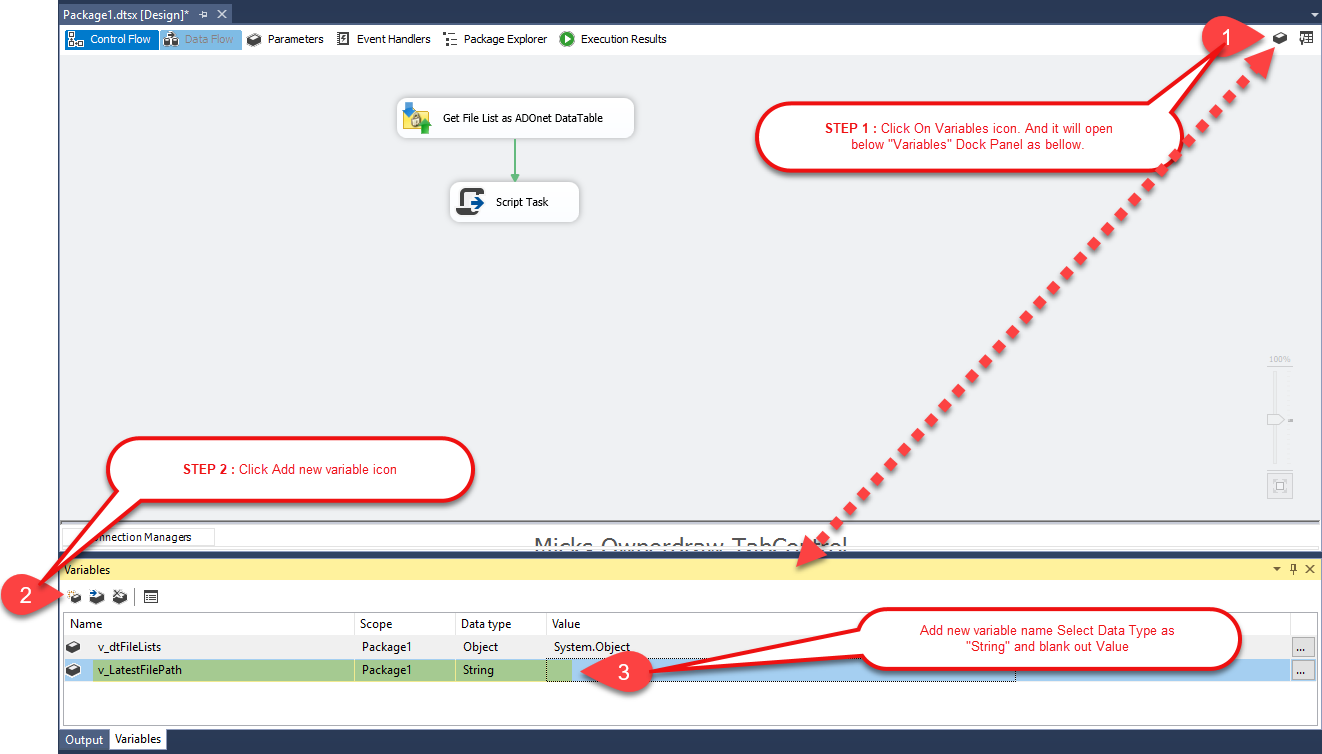 4. Then proceed and press “Edit Script” button to edit the code the Script Task — it will open the “ScriptMain.cs” C# file for you in new VS Project. And Write The Following Code in it. 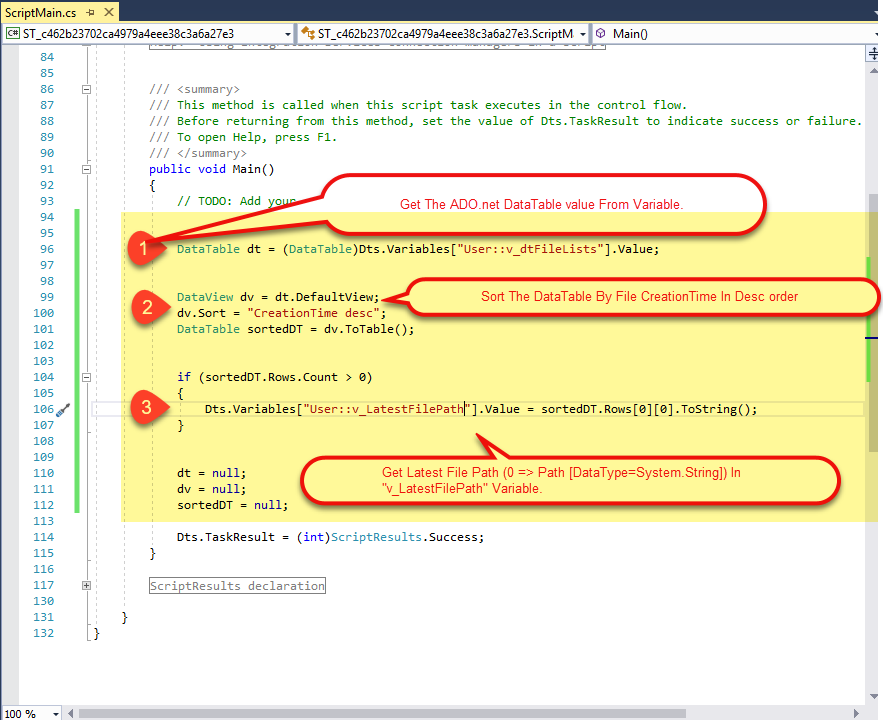 Get Latest File Path in Variable

5. Click Ok In “Script Task” And it will save and close the “ScriptMain.cs” Task.

6. That’s it we have successfully completed our second task. Let’s move on next step.

1. Drag and drop ZS Secure FTP Task the design panel and link it with Script Task. 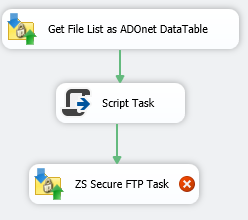 2. Let’s use that latest file variable and FTP Connection to download the latest file in the local folder. Follow the mentioned steps of the below screen. 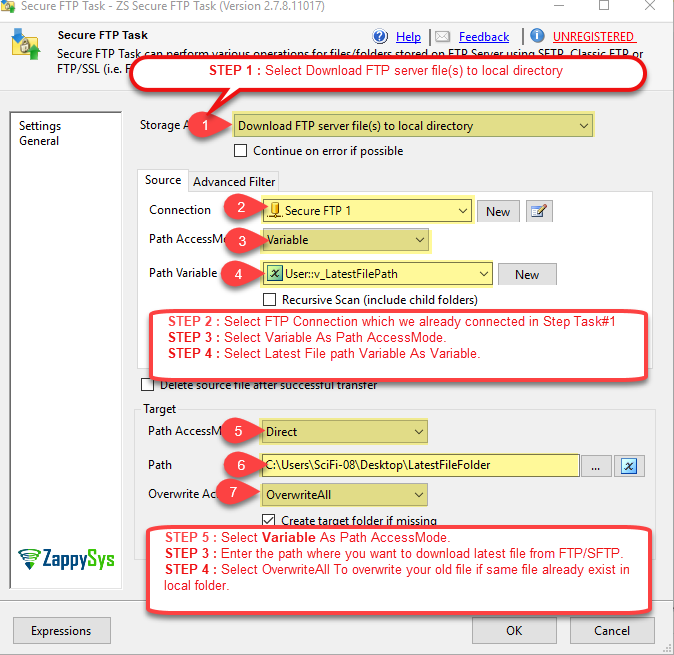 Finally, run the package and you will be able to see the latest file downloaded on your local folder from the FTP/SFTP.

To conclude, we can say that working with FTP/SFTP is now very simple. In this article, we looked at SSIS SFTP task examples on how to Download latest File from FTP using SSIS in the local folder. We also learned how to Sort ADO.net DataTable and Set latest file path in the variable using SSIS Script Task.  We used variables, expressions, and SSIS Script Task. If you liked the tasks you can start using them by downloading SSIS PowerPack from our website here.